Eve is changing……. So I need to change 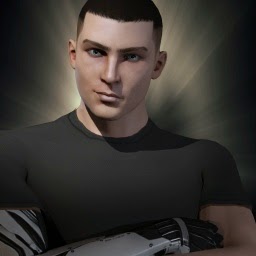 With the `new patch rhythm it is changing faster than ever, and with it I need to as well.  See Eve literally  saved my life well it comes down to one person in Eve, but the game and notable people in here helped  me.  There has been a shift the constant stress of RL and our current situation in Null have brought out feelings I had damned people on my blog/twitter/reddit.
So I need to change so I can be better, and hopefully feel better.
First I deleted my Reddit account.
Reddit was a place I used as a resource for Intel at first, and then got embroiled in the trolling, and trash talking that is generated in there.  Now there good things there do not get me wrong, but there are good post that support fellow eve players/events, CCP posts and very good folks, but deleting my account was the best thing to help avoid me even wanting posting anything.  It pulled me into saying things that are not what I want to be like anymore.
The next thing was this blog:
I delete some posting that named folks that said or did things I felt wronged me.  They weren’t any more right than I was, but at least now I feel better that I don’t have to look at it, and move  on from there. I had thought about closing the whole thing as I am unsure if it was worth it, and if I
could do this in a way that was meaningful to anyone, but myself.  But Twitter changed my mind, and  thank the folks there that gave me the idea for this very post.   So in that same thread I apologize to those folks PFR, Emma Kado, and any other group I may have called out.  Right wrong or indifferent its over its done, and for what it’s worth I hope we can move on, go about our Eve business.
Eve saved me literally, and I owe it to a few people I wanted to thank, and show that there are some
great folks in eve.
First to my Alliance and my Corp. you all are my brothers, and sisters that have followed my
FCing as best you can follow a crazy soldier!  Stay strong guys we’ll get though all the nonsense that is going on.
Our blues who have join my fleets and supported our operations you all have been great.
Personal thanks;
The people below have had a heavy part helping and getting me feeling better, and really enjoying this game.  Some of these people I will name are their respective twitter handle or in game name if you would rather me not have you on there at this time of this posting hit me up and I will take your name off of here.  No offense on the order I just wrote as I thought.
Spanky Ikkala:  This man is one of the main folks who has talked to me and helped me with my issues.  A fellow soldier, and loud advocate for the Broadcast4reps (#B4R) in game channel/twitter hash tag.
Maximus Aerelius:  My brother we’ve talked to each other about our similar issues on twitter for a
while, and we have come a long way.  Our talks have helped me be better, and I for one count you as my brother, and friend that I wouldn’t think twice to come running to help if you ever called.
Emma Kado:  I hated you for a time till I sat down and started writing this, and where I realized I had really messed up, and figured out we are one in the same for the most part.  Though I as told this once already by someone, and it is true looking at it.  Sorry about what I said for what it is worth, and hope the best for you.
Sarragossa:  People in the alliance call you mom, and for good reason.  You deal with all our problems RL and in game.  You care about the alliance more than the boss!  You've talked me from the edge of quitting more times than I like to think of, and I cant thank you enough for that.
sweetnjuicy:  Saved me from myself, and still holds me together in the worst of times.  No matter how bad it gets always brings me back to where I am thinking straight.  There are not words to say to thank you, and or give enough to equate what you have done.  Thank you.
TorrinDeCaptor:  One of the blues I just met not to long ago. Pretty sure we were separated at birth or something.  I knew I like this dude the moment he hopped on comms!  We'll deal with our issues and pod those who try to fuck with us man.  Hoping I can learn a lot from you and your time FCing, and our Armor fleets will make others cower!

Joffy Aulx-Gao / Rixx Javix:  Dirty pirates both, but the best two folks you can run into.  They both have done what they can to help me out in Eve, and have been there for me when others could not.  Joffy you are an inspiration, and Rixx you got me to do this, which has helped me a lot.  Thank you both.
The real question is can I change?  Well I will have to or continue to suffer, and hurt those above who have been helping me.  So here it goes, and I hope I can get things righted so I can help get us through the crazy that is Eve, and these constant updates, and soon to be SOV changes.
Day one starts on this post, and lets see how it goes.  Fly safe folks.
Orion Sa-Solo
Posted by Orion at 12:25 PM 3 comments: