TL:DR of part one PFR and 2-3 other groups tried to take SOV, failed and moved on.   The more notable PFR moved to the uncontested area "at the time" Scalding Pass.  We all took a deep breath at that point think the worst was over.  We could start working on growing as an alliance and be the anchor for the Drone Lands.
Then the toughest challenge we've faced set up in Uemon.  Triumverant (will be called Tri from here on) moved in due to their alleged failures at taking on the Imperium (Goons).  Early February Tri began their push taking WPV-JN  by killing our defensive SBU's KM KM KM then we formed to fight them finally and get our first fleet fight. - Battle Report - and L4X-1V where we did not try contesting them for it.  Which were out first test against them.  Tri went after LXQ2-T. A few times but have been repelled each time.  The defense we had was in support of Xdeath - Battle Report - Lost isk war but won the objective.  Though we already saw that out coalition was too spread out nor had the SP/Ship compositions to fight them properly.  The mighty Maller had fallen, and pushed into flying the Augoror Navy Issue from here on known as the ANI . 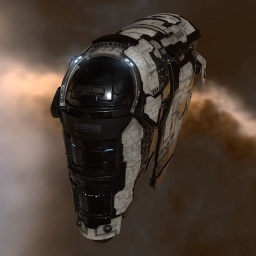 Great ship and great tank with ok DPS, and 2 utility High slots to play with make it a great defensive fleet doctrine in my opinion, and something lower skill level players can get into.
So system after system fell PX-IHN, ZZ5X-M, SAH-AD, and so on, they begain to creep closer to our home systems.  We made the decision to pull all major and not immediately needed items out of ER.  We also made sure to SBU everyone of our systems, and leave all our tower up.  We were not going to make this as easy as the were already making it out to be.  When Tri didnt want to fight they dropped Supers knowing Xdeath nor us could oppose them.  This seemed counter to their wanting content and seemed more out of laziness than anything.
Then they set eyes on NWX-LI my home, and our Alliances first station the alliance had built and deployed.  When they did I had planned no real defense past inviting everyone in eve to attend and maybe force them to stand down due to odds and us sacrifice our fleet to those that came.  Something happen people contacted me out of the blue from the Coalition saying they wanted to be there to do something.
I wrote it off as maybe 2-5 people from each corp and us having one last look as Tri to our last bastion.  I was lazy on forming at first then more and more kept asking were I wanted them... Had I known the turn out maybe we could have won the day?  Maybe but if nothing else we forced them to bring in more than they thought they would need!  We formed next door off the normal pipe expecting Tri to camp the pipe.  I couldnt believe we had 100 in fleet it was amazing to see.  We sadly had no capitals to use because to be honest we did think we'd get the numbers we'd have.  Tri was late and we went immediately to killing their SBU if we killed that and if they were ill prepared we could set the stage for a better fight.  Phoenix Company sadly did not get on our comms and went shiels instead of armor and were quickly taken out before the real fighting began.
Tri brought Rattlesnakes with a triage carrier Chimera and support ships. 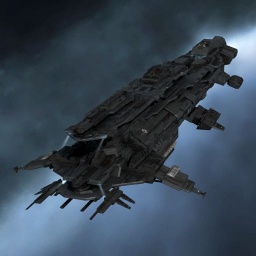 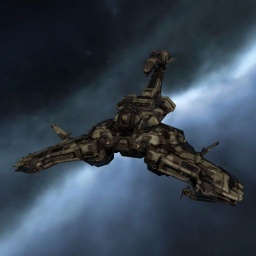 This combo is powerful, after using them in a fleet I can see how great this fleet is, but its a hurts a killboard for sure if you start to lose them!
We fielded ANI's with Guardian's, T1 hulls of the same flavor, and whatever was left in peoples hangers.
We killed the SBU forcing them to bring and online another.  Our logi could hold the ANIs but anything less or not tanked properly died.  We pushed to station to fight with bombers from bombers bar, HASH, and us trying to kill RattleSnakes.  I had everyone switch to their triage carrier and he was breaking.  As he neared 30% shields a cyno was lit and Tri brought in more Triage Chimeras.  With that we disengaged, with no one able to come assist we could not hope to win.  With a heavy heart I stood everyone down and thanked them.  As a final gesture Tri Reinforced the safe POS we were in.  As they left one their Huginn's was bouncing off the shield after they warped.  I burned out and grabbed tackle to get us a token kill.  NWX Battle Report
Call it tears or what have you that was our home, and made more of it than Tri would or ever will.  Maybe one day it will be again, and I hope I can lead us back to retake it from whomever owns it.  Because nowhere else is home for me at least other than NWX.  We fought hard and for a newly found coalition, some former renters/renters facing as harden PvP alliance.  I think we did as best we could.  For all the smack talk Tri was the better PvP alliance, but again they take pride in fighting new to pvp groups and renters.  So for all the bravado they are nothing more than that bravado.
So you may ask where are we now?  Well I moved Alliance to support SERIN, and our new companions Advent of Fate ( AoF from here on).  To start again, as after losing your first home in null and something you worked so hard for.... people took it differently.  Some moved with us wanting to grow again.  Others went back to highsec, some sought out other corps/alliances to test other waters.  As with Eve we all have ups and downs, and this was both of ours in rapid fire.  We now fight Intrepid Crossing IRC from here on, who flipped sides to garner favor of Tri.  Which is sad for me as we fought together, and even made a couple friends in game.  Which now has strained and most likely will break those in short order.
That is the shortest I could break this down to.  I am sure I missed things or failed to mention something, but oh well this is my view of events.  I'd like to thank the people, corps, alliances that have helped us along the way:
Alternate Allegiance
Phoenix Company Alliance
of course The Serenity Initiative
Signal Cartel You cannot stop the signal!
A Band Apart Yarr!!
And many other individuals, corps, and alliances that I have forgotten and my apologies for not listing you as well.
These are events according to my view, and memory which can be wrong lol.
Things are tough, but as always, I will do what I can to make it better thanks for reading!
Orion
Posted by Orion at 9:13 PM 1 comment: