Peace in the Drone Lands and other random thoughts.

I've heard the stories of the epic fights between Solar, and Xdeath since I join my currently alliance in null sec.  I've been flying with Xdeath for awhile now, and they have some good people, and their leader is one of the best people I have spoken with (well skype'd with).  Solar even with their hate for Xdeath, I figured would get pushed out of the Drone Lands at least or would come to terms like Tri, did, and prepare for Fozzie Sov.

See this, and this for more info on it.

My thoughts on this is that this coalition will hold its space less a full on incursion from the Imperium comes to call.  Which could happen though after they raid Provi, but I will let others debate on who will attack what and where.  Could this bring some of the other Russian groups in as well maybe?  From what I see most would most likely not want that, and cry BLUE DOUGHNUT WAAAAHHH!!   I am not sure how I feel on the growing coalition as of yet.  Tactically it makes sense, with as much space as Xdeath owns it helps to have others to call on to shore up areas as needed.  Space will be lost I am sure but much less so with Tri in the mix and their PvP prowess with the Xdeath hammer behind them.  My alliance has an different situation in all of this that I wont get deep into, but its different to say the least, and one that makes things difficult at times. 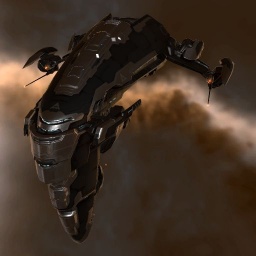 With the changes to Sov, and the new missile buffs I am looking forward to trying out some Sacrilege fleets.  Using the new missile mods you should be able to do some fun things with them, but we shall see!  As it's not in any of our doctrines so it may be awhile sadly.....  Oh and Caracals... Caracals everywhere!  Seems like every time I undock there is a Caracal gang running around, and even on a Spectre fleet we ran into a Caracal gang.  They are cheap, and very damn effective right now, and it makes sense with the Heavy Missile buff that are getting a lot of love.  Myself and Wilhelm Arcturus were excited for the changes, and we wonder when the Drake's will roam once more.
Fozzie Sov seems to have everyone terrified or really excited.  I will wait and see what happens, because at this point getting worked up over something that has not happened yet is a waste of time.  My hopes it will bring small groups in to own their little area and to work at holding it.  I have my worries, but till I see what happens I really cannot say if it will change anything.
What will I be doing till then?  I have no idea really past trying to earn isk to buy some ships for the new doctrines.  The shield Ishtar is dead "Thank you Space Pope!", and it seems the Armor Ishtar is a thing though.  I don't think it will work nearly as well as a Armor doctrine, but time will tell if the Ishtar will have a roll in the coming months.
Well I have a CTA to attend sorry for the lag RL, and Military training have kept me away.
Orion
﻿
﻿
Posted by Orion at 5:58 PM No comments: