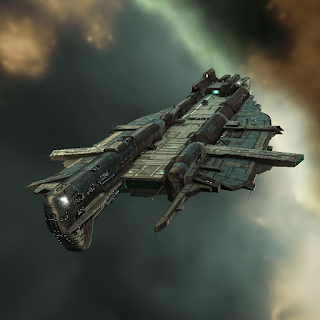 This would be the spark that would set my former home ablaze like we had never thought it would.  The restrictions on jump ranges were/are huge in mitigating responses from the larger blocs in Eve.  I am for limited force projection though while reading this you may think I am not right in the head in being for it.

This is my memories (right or wrong to whomever reads I do not care) of our time in Etherium Reach from Renters to building a Coalition of Industrialists to defend their homes.  We thought ER was a place no one wanted, but us....Others thought it the perfect place to start because they thought the same.....

Its starts literally day one of the patch an upstart group called PFR with a noble goal of freeporting station in Nullsec for all to dock.  To each his own I guess, but thoughts are if it was meant for everyone to dock it would be Low/High Sec.  Neither here nor there so on to the post.....


It all started for us on November 4th 2014 with us finding out PFR had made a move to claim WPV-JN.  They had taken down the Sovereignty structures required to online their own TCU.  We were asked to kill it as we had really just started to grow and get ourselves ready to do PvP due to the new patch we took on the challenge.   We were not alone at the time a local lowsec group was helping us F0RCED ENTRY. a good group of pilots who you will hear more about later.  They had anchored the TCU so to deny them their claim we killed it and its defenders Battle Report.

I at least thought that would be the end of it our Land Lords don't have to come do anything job done we look better, and back to growing our alliance.  Oh how wrong I was!  They were tenacious to the point of absurdity/ignorance.

We had got intel from a source on them moving a freighter with another attempt at placing another Sov. structure down.  We nearly had stopped them, but sadly we were to slow.... I burned my alt in a interceptor as fast as I could to get tackle and a warp in with help of ROC..  A snall fight with their small defense force was enough time for the freighter to offload, and secure its objective.  Battle report from that event.

At this time there were more groups either at the time scouting out the area Mostly Hammered, and even ROC. had ideals at this time to even try to take space.  With all these factions starting to bleed into ER we were asked to deploy and sport defending the front pocket of ER. So we deployed to C-4D0W.

This would be our deployment area to defend ER from those coming in as best we could.  Now mind you we did have landlords who did come and help but rarely and only for the final timers normally so keep that in mind.  Though through our early successes we did something no one thought possible we grew a USTZ Renter coalition, and one had it been given more time could have done a lot of good things for the area. 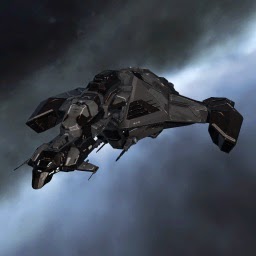 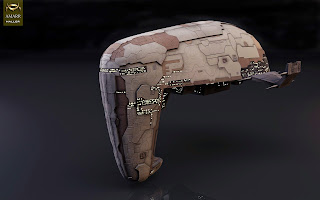 We fought with a T1 Doctrine of what we called the Mighty Maller, and the Moa.  Since most of us were new to PvP to easy the cost, and skill points needed we went these as our main line ships.  We wanted tank over DPS which helped us early, but proved to really make grinding anything painfully slow! With T1 and eventually T2 logistics we could hold the field far longer than we really should have been able to.  These were what I cut my teeth on as I learned to FC and take fleets out.

As things go people change sides and who you worked with are against you the next.  Seeing weakness in our landlords ROC. and F0RCED ENTRY. both went to either support PFR or do their own thing.  * I will not try to dig to deep on the politics here as my memory is terrible and I don't want to bog this post any more*

We lost WPV and surprisingly we had no idea that CT8K-0's station after the last invasion was never repaired so when PFR struck it was quick, and we woke up to PFR owning their first Freeport on 11 November 2014.  Now with them having a foot hold we were asked to be the force to make their work miserable, and to hit them everywhere.  We continued to pressure them with fights here, here with help from the best solo pvper I know Joffy!, Small things but it was building to one of the most defining fights for me personally as the largest battle I had FC'd.

Though this isn't all we were battling a group called Anti-Social Club was trying to take space as we were called.  Oh at this point we were no longer renters per our land lords a major milestone for us and renewed our members, and helped us grow our new coalition.  This is one of my first FC battles, and with a ship I had little knowledge and use of the Ishtar.  The Battle Report and Video below.


﻿
We win the fight, and kill their attempt of hanging on to Sov in ER.  Then a few hours later we have to scramble to stop the take over of CL-IRS by a group all thought dead, and would eventually be dead again Ethereal Dawn TCU kill.﻿
﻿


Now the first fight for CT8K-0 was not to happen.  PFR called for help, and had a NPSI group come and support them so we stood down knowing that we had one timer to win, and it was the one that mattered.  If you would like to know more about that please refer to PFR's Reddit.   The armor timer for the station was where we would make our stand, and one that would change the course of Eve for me, and my want to go full into FCing, and doing what I can to make my Alliance great.

Please see below video, and Battle report here for the down and dirty.  For me it was the largest fight I FC'd, and I was wide eye'd, but determined to fight and lose it all to try to win this fight.  At the time we formed 50 pilots from our Coalition, and were told Legion of Xdeath and/or Shadow of Xdeath were not going to be able to make the timer at all or if so late.  PFR called upon those who believed in their cause, and those looking to get into a fight which I think was their undoing in the end.  Notably TEST / Brave came through a new frigate Worm Hole with a maulus fleet which made our logistics group only able to lock out to 5k at best forcing us to ball up.  This with their other supporters and randoms brought the total if 300 pilots at its peak vs our 50.  PFR switched from their normal Caracal doctrine to Vexor Navy Issues which in my opinion a better choice, but I feel they just didn't have enough time in them to be very effective, and that I focused on their logi to help us drop their DPS quicker, and that caused them to leave the field early the first time.

So due to the Maulus's ships that failed to anchor up died or had to leave field and return later.  In the video any time you here me stop mid-sentence is our logi FC letting me know these issues.  They dual log on comms to avoid cross talk and allow me to call targets without them having to wait till I was done to relay information to the rest of the fleet.


Yes I know a blue killed another blue I had no idea during the fight, and he like most of us was new.  Anyone that came to the fight and supported us I couldn't say anything bad about especially with the odds we were against so meh.  The Battle Report from Eve Kill as the Zkill doesn't show the total number of pilots.


We won little did we know that this would be the last good battle we would have as a coaltion, as a real enemy was lurking, and slowly approaching....